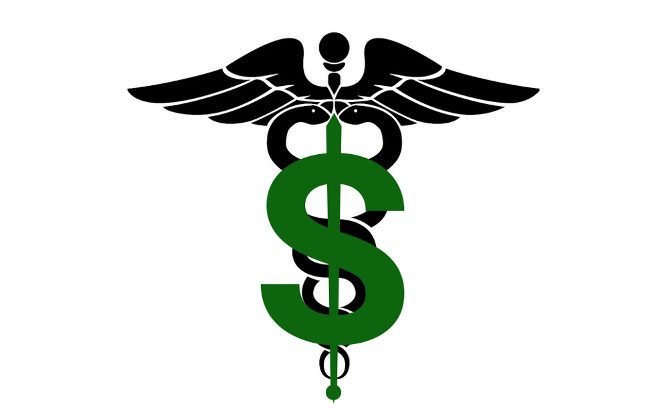 This article is to tell a true story that unfortunately, many folks can relate to. This is about a gentleman that was experiencing severe pain in his neck. It started off one morning as a pinch that progressively got worse to where he was unable to sleep and even getting up and moving around was excruciating. He suspected that he probably slept wrong and had a pinched nerve as the pain was shooting down his arm. He thought he would go to the doctor on Monday, but since he was unable to sleep and in so much pain, and being it was a Saturday, decided he would go to the walk-in clinic at his local hospital in South Florida.

Though he was exhausted and miserable from a few days of no sleep, he had yet another concern: he was in between jobs and was uninsured. He accepted the fact this visit was going to cost him, but enough was enough. He told his wife, who by the way had been telling him he needed to go get help to drive him to the hospital. The thought of having no health insurance at the current time was the main reason he suffered and held out from going for treatment.

Hospital experience: So they pull up to the hospital entrance, he slowly and painfully gets out of the car and walks to the admittance desk. They took his name and asked him to sit and wait to be called. Fortunately, it was a short wait which is unusual as many of us know how long things take at a hospital. He was called over to a station where he was asked what the problem was, they took his blood pressure and temperature and of course, his personal information, insurance (which he did not have), etc. Then off to a little room where a nurse came in, sat down, asked questions as to what was the reason for the visit. He explained the pain in his neck and all he had been going through the last few days. She was very nice and attentive to what he explained to her. Then, here comes a hospital employee wheeling in a computer to take down more information, especially the billing part. The patient was told that the visit would be $450, however, if he paid ‘now’ it would be $400. He agreed to pay the bill now and asked his wife to go ahead and take care of it. There was a sense of relief that the $400 was well worth it, as the pain and lack of sleep had gone on too long.

The doctor: So the bill was paid and a few minutes later, the doctor walks in. He stands in front of the patient, glances at the chart and asks what was the reason for the visit. The patient explains what he had told the nurse, that he had this pinch in his neck and was in tremendous pain. The doctor wrote something on the chart and said to the nurse that he was ordering an x-ray and then just left the room. The exchange between the doctor and patient was approximately 3 minutes. Shortly after, a young man came over with a wheelchair and off to the x-ray room he went. Following the x-ray, the patient was wheeled back to his little room and waited. Some time later, the doctor enters the room and stated that he looked at the x-ray and saw nothing. The doctor suggested that the patient see an orthopedic surgeon if the pain persisted and prescribed a pain killer for a couple of days and walked away. Sitting there, looking at his wife as she looked back, both a little surprised at the bed side manner and lack of interest from the doctor, they got up and headed home.

Relief: After leaving the hospital, patient and wife went straight home. He immediately took his pain killer and applied a heating pad and quickly fell asleep. He woke up the next morning and thankfully, the pain was practically gone. At the end of the day, he was almost back to normal, just tired from the medication and the lack of sleep, but feeling so much better. The time at the hospital and the $400 was well worth it. What a tremendous sense of relief.

Not done yet: Approximately a week or two later, our friend gets a bill from the doctor, not the hospital. Remember, he paid the Hospital $400 for the visit. This bill was from the doctor. Now to sum up. The doctor spent approximately (10) minutes on our subject. Remember that, (10)minutes. He wrote a script and suggested the patient see an orthopedic surgeon if the pain did not go away and left the room.

When our subject opened the envelope, unfolded the statement and saw a bill for $855, he was sick again. This time it was a different feeling. It was a feeling of being robbed!

The end result: After this experience, what was the bottom line? Our subject explained calmly how pleased he was with the hospital staff, especially the nurses that worked on him. He had no regret or problem with the $400 he paid the hospital, for x-rays and treatment he received, he even stated he thought it was very fair. However, when he spoke of the physician, you could see the anger , you could hear it in his voice. He began to squirm in his chair, he was uncomfortable, agitated. He stated that this doctor, goes from room to room seeing many many patients throughout his shift. He even did the math in his head and stated, “So he spent 10 minutes on me, billed $855, that comes out to what, like 5 grand an hour?” he said. He went on to say something that really sums up the way he felt, “When I saw that bill, and for what he did and the short amount of time he spent on me, I felt the same way I felt when my wife and I came home and discovered our house had been broken into and we were robbed.” So our subject went to the walk-in center at the hospital, had an x-ray taken, a few pain pills and put out $1255. He now has insurance, however, has a bad taste in his mouth and a dislike towards the medical profession. Hopefully, the next time he needs medical care, he will have a much better experience. It does say something, that the health care system needs work, perhaps a colonoscopy.