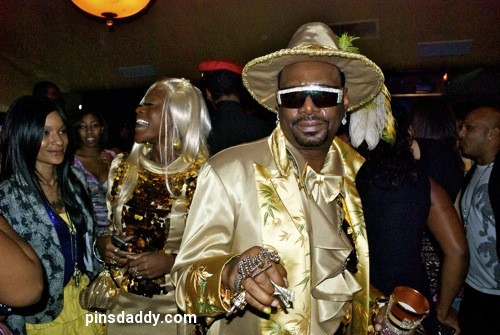 Sexual Harassment In The Workplace

Sexual Harassment In The Workplace

We are in a time where accusations of sexual harassment seem to run rampant. Everyday, we turn on the news and hear of yet another allegation of sexual misconduct. It’s coming from everywhere; the business community, the entertainment industry, and also the political world.

I decided to set out and investigate how prevalent this was in different industries. The way I wanted to approach this was to spend some time with the CEO of a company and observe the interaction between him and his employees first hand. I was fortunate to have a Gentleman named ‘Sweet Tickla Jones’, who runs a business downtown to allow me to spend some time with him and educate me on how he runs his business and interacts with his employees.

I must admit that I now regret that I did not research the industry that he is in and felt a bit ignorant, as I was not familiar with much of the terminology that he used. I also discovered that this business required a great deal of traveling, all local, but was a somewhat mobile type business, with a multitude of locations spread throughout the city.

What I found to be very refreshing about Mr. Jones, was that he was a straight shooter. It seemed extremely important to him that I understood every point he was trying to make. For every question I had, he always asked me at the end of his statement if I knew what he was saying. He clearly wanted to make sure there was no ambiguity in his remarks.

I went and met with Mr. Jones at the location and time he gave me. It happened to be in the back parking lot of a liquor store. When I pulled in, it seemed as if he was holding a staff meeting. The scene was quite impressive. Mr. Jones was covered in an impressive amount of jewelry and an outfit that would make the Pope look like a homeless person.

I did find the outfits the staff was wearing a bit curious. It was a cold evening and it seemed that the uniforms they were wearing did not provide sufficient cover, practically any for that matter. When I approached, Mr. Jones, he dismissed the staff by saying “Get to work bitches”.

I put my hand out and attempted to shake his but he did not extend it. He grabbed the collar on his coat instead which probably worked out for the best as the rings he was wearing would have made a handshake probably impossible. Mr. Jones did ask me to call him ‘Sweet’ which I thought was very friendly and down to earth.

As we approached this vehicle that was the most amazing purple I had ever seen, he instructed one of his employees to open the door for me. I believe he said “Bitch get the doe”. As I sat down in what I guess you would call his ‘mobile command center’, I immediately popped a Benadryl, due to the fact that I am allergic to fir. He started the engine of this massive vehicle, which I was told was a 1975 Fleetwood, with a large Cadillac emblem on the hood that matched the large Cadillac emblem hanging from his neck. And we were off!

To cover up for my lack of preparation for this interview, I tried using some of the terms he used in the hope that I could come across as at least somewhat knowledgeable. So the interview begins.

Lou: “ So Sweet, with all the sexual abuse allegations in the news today, have you had any issues with your bitches”?

Sweet: “Man, you must be trippin, ain’t no bitches talkin shit to Sweet…you know what I’m sayin”?

Now I must admit I did not understand how I could be tripping, I was in a seated position and thought that would be physically impossible.

Lou: “So your HR department hasn’t reported any issues’?

I must admit, I didn’t really know what he was saying.

As we made our first of many stops, I noticed something right away. This was a hands-on CEO. This gentleman had many talents. I got to witness his skills in collections for example, as we approached one of his employees (bitches) that was standing on the corner, Sweet shouted out “Bitch, where’s my mother fuc*#n money”? She came over to the window and handed Sweet a handful of cash. It’s nice to see that there are still companies dealing in cash. I meant to ask ‘Sweet’ what his thoughts were on Bitcoin, but decided to just move the interview along.

Lou: “So Sweet, how is the competition in your industry. Do you fear start ups coming in and perhaps taking market share”?

Sweet: “You gots to be out of yo mother fuc*#n mind! Sweet owns these mother fuc*#n streets! This my world, any mother fuc*#rs wanna start some shit, they gots to deal with Sweet Tickla Jones…you know what I’m sayin”?

At this point I decided to just nod a lot.

Lou: “I noticed many of your bitches have black eyes and bruises? Do you provide a health plan for the bitches”?

Lou: “You really have a friendly, family like atmosphere in your business, I notice that all of the bitches call you Daddy”.

Well I must admit. It was quite an experience for me to spend this time with ‘Sweet” and getting to meet many of his bitches. I had the pleasure of meeting Mercedes, and Lexis, Infinity and many others. I also met Kia, but it seemed Sweet complained about her not bringing in enough, as he put it, “Mother fuc*#n money”!