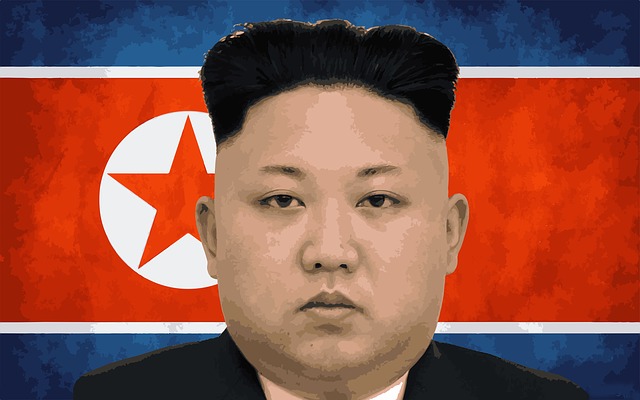 The much anticipated summit between President Donald Trump and North Korean Leader Kim Jong-un is behind us. What have we learned from this historic meeting? Let’s see. We witnessed once again President Trump being charming and complimentary to another dictator, while threatening our ally and northern neighbor Canada and Justin Trudeau with tariffs. Donald Trump appears to be starting a bitter and personal feud with the Canadian prime minister yet getting cozy and friendly with the North Korean dictator. Another example of his seemingly demeaning attitude towards U.S. Allies and kind words and compliments for adversaries.

Being unpredictable: This is what candidate Trump would say during his bid for the oval office and after winning the nomination as well. However, unpredictable is what he is not. I wrote an article which you can read titled “North Korea Summit’ which was written and posted before the summit took place.

I wrote about the possibility of President Trump flattering Kim Jong-un and how that would be an affront to American values. This was written and posted Prior to the summit.

“ To flatter or praise the North Korean leader would be an affront to American values and those who believe in freedom and liberty throughout the world.”

This however is exactly what he did. I wrote that he may because he is predictable. He said “it was an honor to meet Kim” Trump also stated that he had “Great personality and very smart” he also stated that Kim was “A worthy negotiator” and Trump went as far to say something as outrageous as “He loves his people.” This man has starved and imprisoned and executed many of those people he “Loves.” Here is a clip from the same previous article:

“The UN Commission of Inquiry had concluded that there were human rights violations such as murder, rape, enslavement, forced abortions and many other crimes against humanity committed by the North Korean government.”

This is a man that “Loves his people?” Many are appalled by Trump’s praise for this brutal dictator. To sit with Kim and negotiate is one thing, possibly a positive strategy, however to praise this man for the entire world to witness, especially from the President of the United States is simply disheartening. I had also written about the concern of President Trump making any kind of deal, it appears he did just that. Trump had said that the United States would stop “the war games” apparently without first discussing this matter with the South Koreans and the Pentagon. He appeared as a “slick” salesman trying to sell a used car. Perhaps the reason Trump believes flattery works is because he is susceptible to it. As he mentioned several times “Putin said very nice things” about him.

Flatter all you want: President Trump can compliment and make flattering remarks to the media regarding Kim Jong un as often as he desires, in the end, the North Korean dictator will do what is required to accomplish one goal. Remain in power.

“Perhaps their strategy was well conceived, to reach direct negotiations with the US and place themselves on a new higher level on the world stage. If that was their plan, then we can say it is playing out as they hoped. The idea of North Korea completely dismantling their weapons program seems to be suspect. The nuclear program and missile testing is in fact what is bringing the US to the negotiating table. It’s their “ace in the hole” without this card to play, there isn’t much left to use as leverage to accomplish their goals.”

Where would they be without their nuclear program? Would the President of the United States bother to meet with him? Most likely, no. North Korea would simply be a poor Asian country with a failed economy and a totalitarian system of government vulnerable to be overthrown.

The supporters: For those that support President Trump in everything he says and does, let’s look at his actions and comments regarding Kim Jong un, but instead, if he made those same flattering remarks about Fidel Castro. Would the Cuban-Americans that support Trump accept his praise of Castro? Would those that gave their lives and sacrificed so much as members and families of the American military accept Trump’s praise for Saddam Hussein? How about Hitler, Mussolini, Stalin and many other brutal dictators? I would think not. What we are seeing is many members of the Republican Party also showing their disappointment in Trump’s behavior, of course with great caution. If we read and listen to his remarks of praise and admiration for this murderous dictator, it should make us wonder who is advising him, or an even bigger question, is he listening to advisers? We must understand that the negotiating process make take quite a while and many meetings between both nations to achieve a real treaty, whether or not North Korea would honor that treaty would remain to be seen.

Too far: As President Trump has spewed compliments and praise for Jong un, expect much more to come. And why would I write this? Because again, Donald Trump is predictable. It would not be surprising as well to hear compliments coming from North Korea directed to Trump for the simple reason that, it works. He relishes the praise and will repeat any compliments he receives constantly. There is another statement that Donald Trump, President of the United States made.

This is something that Democrats, Republicans, Liberals or Conservatives should be appalled about!

Kim Jong un should never have the privilege of stepping into our White House. To invite this dictator whose regime has tortured, starved, enslaved and murdered his people that Trump says he “loves’ would be disgraceful. We are seeing why so many, from both political parties had concerns about Trump dealing in foreign policy before he became president. Many believed he would appoint qualified people to advise him and many wondered that even if he did, would he listen to their advice? Well, here we are. It seems reasonable to assume that this tactic of praising Kim is of Trump’s doing, most likely against advice from his so called, advisers. Trump’s actions in foreign policy issues clearly shows his lack of knowledge, experience and inability to accept advice from those much more qualified than he is. All eyes will be on this issue going forward, hopefully a great number of those eyes will be from inside the House and Senate Chambers.

We use cookies to ensure that we give you the best experience on our website. If you continue to use this site we will assume that you are happy with it.Ok