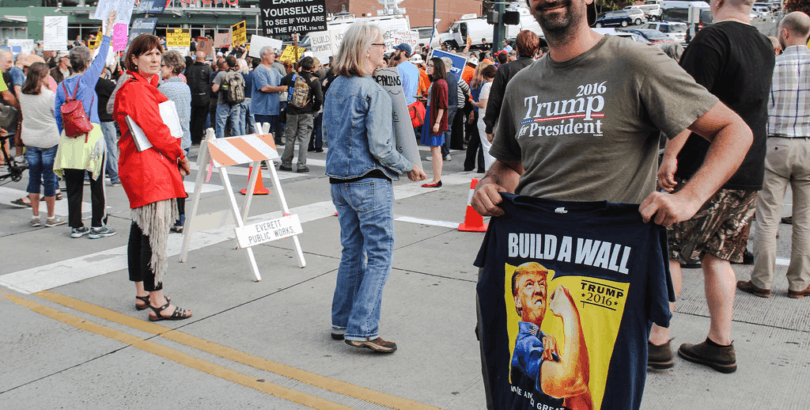 Trumps Basis for His Base

Trump’s Basis for His Base

We are living in a time that has many citizens perplexed regarding the current political climate in the United States, not only those here at home but also abroad. How is it possible that this President, born and raised in New York, has acquired the support of working class rural voters? Of course his base is comprised of other types of supporters as well, but some of them make sense, some do not. For those that are corporate leaders that welcome deregulation that can save their companies money therefore lining their pockets, it’s understandable. For those that have extreme wealth and welcome tax breaks that increase their personal wealth, regardless of deficit increases or government cuts to those in need such as the poor and the elderly, it’s understandable. Even if you disagree with these policies, you can still see how these people would be in support of Trump policies. They can clearly benefit from them. But let’s not delve into the obvious by getting into more detailed reasons why the previously mentioned supporters are for him. Let’s instead look into the other segment of the base, that if not for them, he would not be president today.

He’s one of us. This is something you hear so often from his working class supporters. I’ve asked myself this question. When in Donald Trump’s history has he ever cared about poor and working class rural citizens? To take it a step further, I’ve asked myself this as well. When has Donald Trump cared about American workers? The answer I come up with is, never. As candidate Trump and now President Trump, he has stated so many times in his rallies filled with starry eyed fans and supporters that American companies need to hire American workers. And of course his followers cheer as most are concerned about their jobs and futures. This is very understandable. Yet the Trump organization hires foreign workers ‘guest workers’ for his properties claiming they can’t find Americans to fill those positions. This practice is legal, but seems hypocritical. Trump and his daughter Ivanka also have their products manufactured overseas, China being one of those countries, then importing those products into the U.S. for American consumers to purchase. When asked, his response: “I’m a businessman”. Some defenders say he has to go overseas for low wages to be competitive, this argument could possibly hold up with products that are considered ‘low end’ but as you get into ‘high end’ products, the argument changes, it’s simply about profit. Now, certainly this is in no way illegal, but it certainly seems hypocritical, especially from the President. There are many, though perhaps an insufficient number of companies, manufacturing similar products here and there are many European manufacturers sending their products to the U.S. Those workers are not working as slave laborers but in fact have living wages and health benefits as well.

Distance from the base? This is a question I’ve asked myself and have given considerable thought. Could there be a scenario in where Donald Trump, after leaving office comes clean about his rhetoric to acquire and then appease his base during the campaign and his presidency? I believe so. I’ll explain why I see this as a very strong possibility. Donald Trump needed a gimmick to win the nomination. Was he going to debate his opponents on issues of policy? He couldn’t. He wasn’t and possibly still isn’t knowledgeable about such things, so he stirred up the pot of bigotry, racism and fear to acquire supporters, very successfully. But Donald Trump will leave office at some point, how, when or why is not the point of this article, the fact is his presidency will at some point end as all do. So the question is, what is the purpose for that segment of his base? The rural poor and working class portion of the base. If he turns his back on them, will they boycott his hotels and golf courses? No, they are not his ‘customer base’ they are his ‘political base.’ Once out of office he may enter into repair mode and for several reasons. The most important concern of his seems to be his business. If distancing himself from those that actually put him in the White House benefits his business after leaving office, I can easily see him doing so. Another reason may be his constant desire to convince people how smart he is. I know this not because of any mental health background I have, but simply because he’s told us he is, repeatedly. What if he did state that he didn’t mean much of what he said during the campaign and his presidency, that he did this to simply acquire supporters? Would they be angry and abandon him? Probably not, and here is why.

I can have it both ways. As I mentioned Trump distancing himself from a large portion of his base and the reasons for doing so, here’s another scenario. Hold on to them to maintain political leverage in the Republican Party while also admitting he used them to win the nomination and for control of the party and protection from his adversaries. You might say he can’t have it both ways. Well let’s see why he can. Candidate as well as President Trump has fired up a segment of the population and has gained their unwavering support. The Neo-Nazis, the Ku Klux Klan, White Supremacists and other hate groups. At the same time he has pledged solid support for Israel, his son-in-law is Jewish and his daughter Ivanka converted to Judaism. Why has he not rebuked these organizations as strongly as other presidents have, from both parties? Because they form a portion of his base, possibly the most fervent and loyal and as long as they serve a purpose to him, he will use them. So, why not have it both ways?
When Donald Trump leaves office, it would be no surprise to many people to see him distance himself from these groups for business reasons, and also hold rallies to keep them close to maintain political influence and power in the party. Though this scenario would have seemed ridiculous in the past, we are in the present and ridiculous has become normal. Whether you are a Trump supporter or not, one thing is for sure, he is playing this political game with his own ball he brought from home and his opponents were caught off guard and confused. His tactics of diversion, stirring up the pot of anger, hate, mistrust etc. has put him in the White House and those that underestimated him sit on the bleachers scratching their heads.

We use cookies to ensure that we give you the best experience on our website. If you continue to use this site we will assume that you are happy with it.Ok